When Alfie Zufolo returned to Battersea after living in both Italy and France due to his wife’s job, he knew a career change was in order.

Alfie, 43, had previously worked in the financial services arena. Having graduated from Brunel University, he trained to be a broker consultant in the City, and went on to be a financial adviser with Barclays.

Overseas postings with his wife followed, and in 2005 their family was extended with the addition of their daughter, Tatiana.

When the young family swapped their European lives back to a life in London in 2011, Alfie decided he needed a job outside of the financial world that would allow him to see more of his daughter.

He needed a job that would allow him to take charge of his time, and offer him the flexibility to look after Tatiana, who had reached school age.

He had heard that becoming a Driving Instructor allowed for flexible working and it was at this point that, Alfie started his training with RED Driving School. 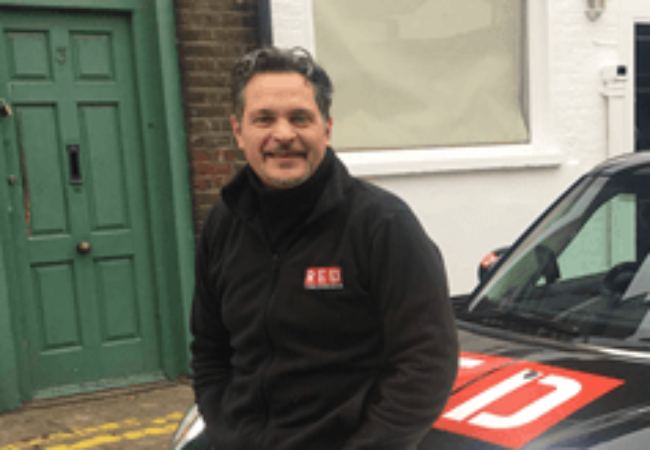 Alfie explains, “When I started my training, I was having to do the craziest daily commute. My daughter’s school was the Lycée Français in Ealing so I had to drive there and back twice a day which meant it was physically impossible to continue working in financial services. I needed a job that I would enjoy but also allowed me to manage the school run.”

Alfie, who began training on a part time basis, really valued the ability to take charge of his career; “It took me a couple of years to finish training as we were also in the process of moving home, but I enjoyed being able to take it at my own pace. I’ve been with RED ever since and they have been great to me. Anytime I’ve had a problem, they have been on hand to help.”

Alfie fully qualified as an approved Driving Instructor (ADI) in 2014, following 6 months on a trainee license. He has really enjoyed meeting new people through his job finding himself a ‘work buddy’ on his first day of training, which he remains in daily contact with. He explained that; “when you’re working on your own all day, it is really nice to have a good chat with someone in the same position as you.”

Alfie drives one of the newly branded MINIs and says, “It is a great car for someone living in London and has gone down really well with my learners.  It is modern, stylish and sporty, which I think has encouraged more students to learn with RED.  A lot of my learners have gone on to buy or lease a MINI themselves because they loved the experience.”

He has now been an instructor for over three years and would encourage anyone looking for a rewarding and flexible career to consider joining the RED team. 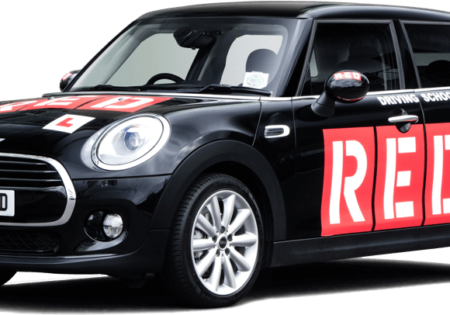